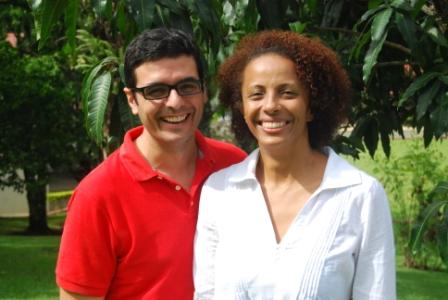 Alvaro and Raquel have been on staff with SI since November 2015. They began as the site leaders of the Microfinance Site in Jarabaoca. In June 2018 they transitioned to Santiago to step into the Director role. Alvaro was born and raised in Barcelona (Spain), has a degree in Law and worked as a corporate banker. Raquel, a native of the Dominican Republic, spent two years in seminary in Argentina, where she was asked to serve as a missionary in a small church in Spain. They were married in the late nineties and are now "dad and mum" to two beautiful kids (Oriol and Noa).

Alvaro & Raquel Linan serve as the directors in the Dominican Republic (Santiago).

Staff with Students International raise all of their own financial support in order to stay on the mission field and serve where God has called them. You can join a staff member’s support team by donating on a monthly basis or with a one-time gift. All donations (from the US) are tax-deductible.